Earlier this week Lane Bryant launched their new campaign #ImNoAngel. It spread on social media like a daddy and daughter Frozen duet, while everyone reconnected with their inner foodie dreaming of being a ‘plus size’ topmodel (I know I did).

In the video, Ashley Graham asks us if we want to meet her “girls”. Non-Angels Marquita Pring, Candice Huffine, Victoria Lee, Justine Legault and Elly Mayday tell us why they are all kinds of sexy, wearing lingerie and looking all kinds of sexy. #YASS

Soon disagreement with the campaign #ImNoAngel followed. Claims that it’s promoting obesity and a reversed shaming stunt against the Victoria Secret’s angels. Yes, these models are bigger then VS angels. In fact bigger than the majority of models. With this campaign Lane Bryant is stating the obvious, that these women are no Angels, nor pretending or wanting to be. Simply no angels.

At Victoria Secret’s ‘plus size’ women are no angels. For years they have been sending that message strutting down a sparkly runway hung with pretty wings followed by winks and kisses blown to million of viewers. With the #ImNoAngel campaign Lane Bryant simply rephrases what Victoria Secrets has been telling us for years.

So let’s all see the bigger picture here and recognize that the #ImNoAngel campaign broadens our standard of Sexy. Whether it’s hashtagged #ImAnAngel #WeAreAllAngels, WeAreAllSexy #ImNoUnicornAndSexy, women are SEXY. Think of how boring would it be if we were all sexy unicorns? 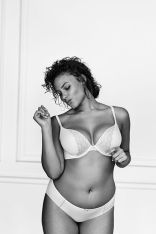 “Redefining sexy is all about your state of mind. If you think it, you feel it and believe it! Confidence is everything.” — Marquita Pring

“I redefine sexy by being bold and by refusing to be anyone but me.” — Candice Huffine

“I redefine sexy by daring to be me, to own my curves, and to stand for my beliefs and the woman that I am. ” — Justine Legault 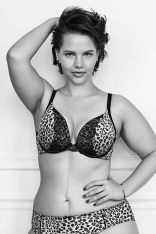 “I redefine sexy with my indomitable spirit.” — Victoria Lee

“I redefine sexy by stating that beauty is beyond size.” — Ashley Graham 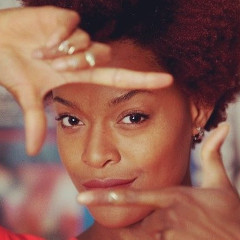 Welcome to DAREtoDefine.com where I highlight the ones who DARE to (re)define.

Welcome to DAREtoDefine.com where I hope to challenge you to DARE!

On DAREtoDefine you can stay up to date on the latest developments regarding the beauty ideal and get to know the ones who DARE.

Follow my journey trying to figure out what 'beauty' means in today's society.